It's 1956 and waves of protests in Poland are once again showing the cracks in the Eastern European communist bloc. Emboldened by these signs, students and intellectuals in Budapest, the Hungarian capital, organise a protest of previously unseen magnitudes. As the communist leadership sweeps in to kill the movement in its tracks, a violent response is provoked, thus sparking the Revolution of the 23rd of October. 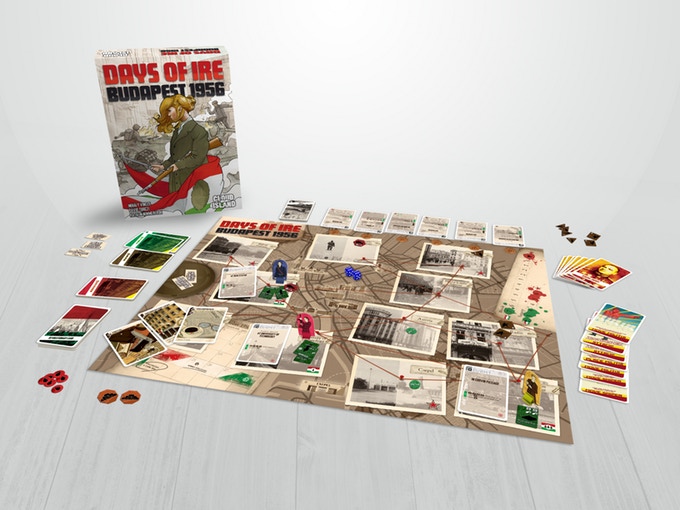 Days of Ire: Budapest 1956 is a historically inspired card-driven board game, playable by 1-4 people. It can be played both co-operatively or in a one-versus-many setting. It is set during the most explosive days of the 1956 Hungarian Revolution, in Budapest, where the fighting was the most fierce. The revolutionary players collect cards and fighters to resolve events and other challenges posed to them by their Soviet opponent (real or simulated). In order to win, they must stay alive throughout the 7 days of fighting - while ensuring that the city doesn't fall to pieces

What's in the box?

Designed by the crew of 2014’s [redacted], embellished by the amazing art of Kwanchai Moriya, and brought to you by a team made up of people who worked on Anachrony, ...and then we held hands, The Pursuit of Happiness and Posthuman, Days of Ire has gameplay deeply rooted in its theme and setting, and mechanisms inspired by all-time classics such as Pandemic, Robinson Crusoe, and Twilight Struggle. 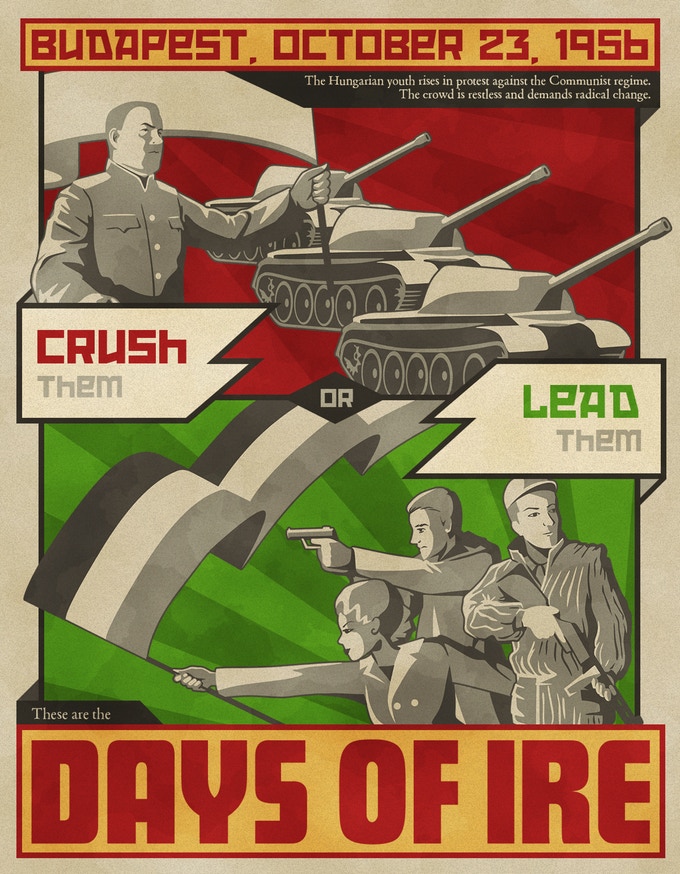 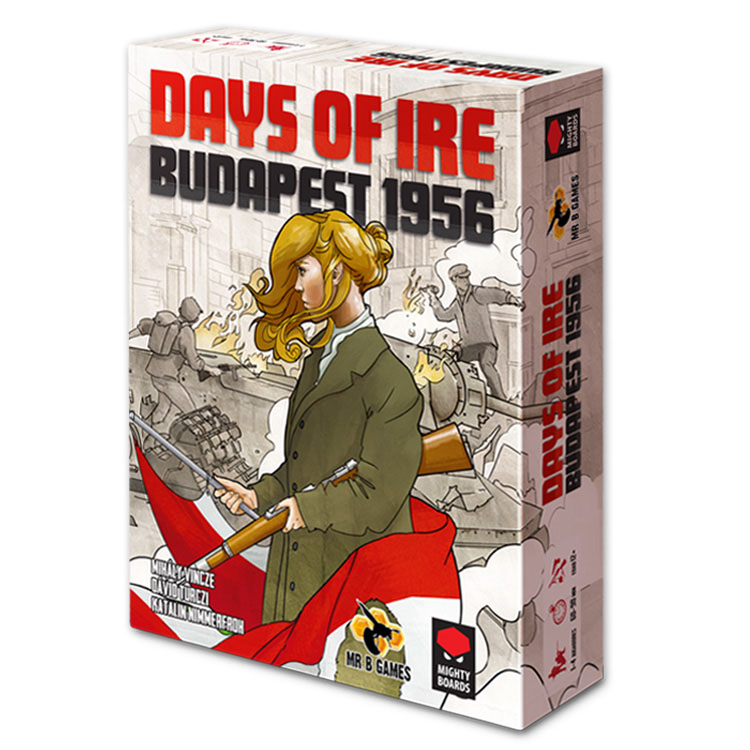