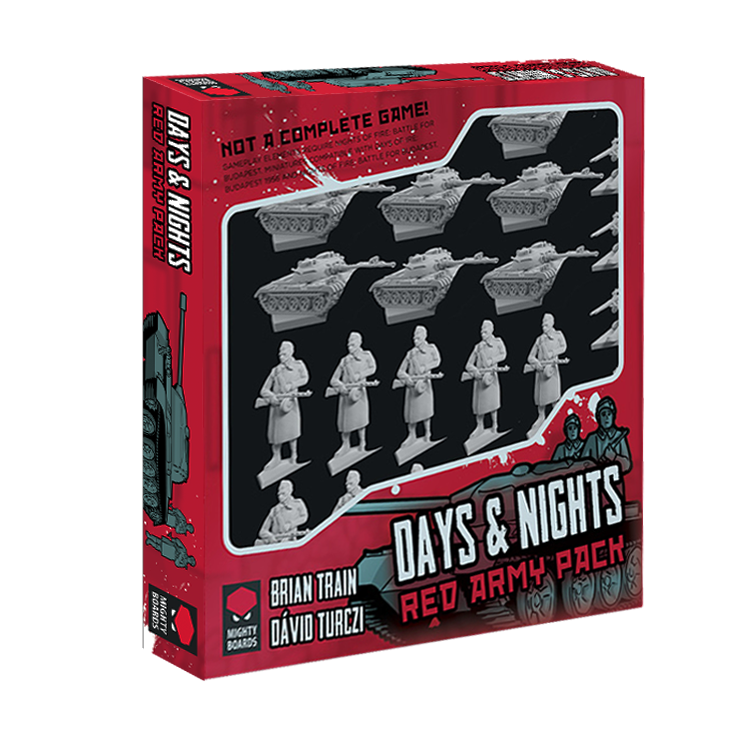 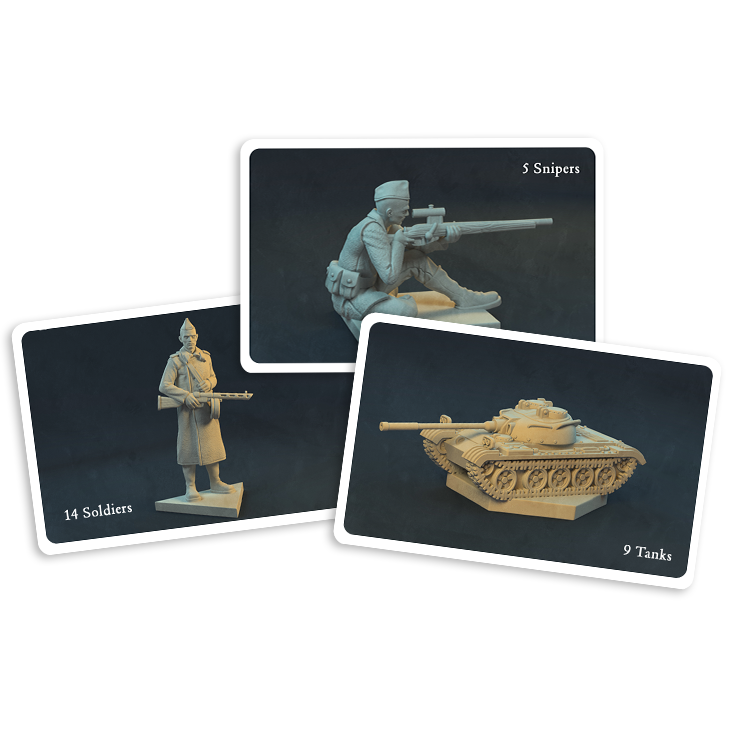 Days & Nights: Red Army Pack is an add-on pack that contains 28 miniatures compatible with both Days of Ire and Nights of Fire. It also contains a small deck expansion to Nights of Fire, and an additional deck allowing campaign play.

In Campaign mode you can play a game of Days of Ire followed by a game of Nights of Fire (solo, cooperative, or conflict mode up to 1v2 supported), and have the winner decided only at the end!

* Requires Days of Ire or Nights of Fire base game to play.