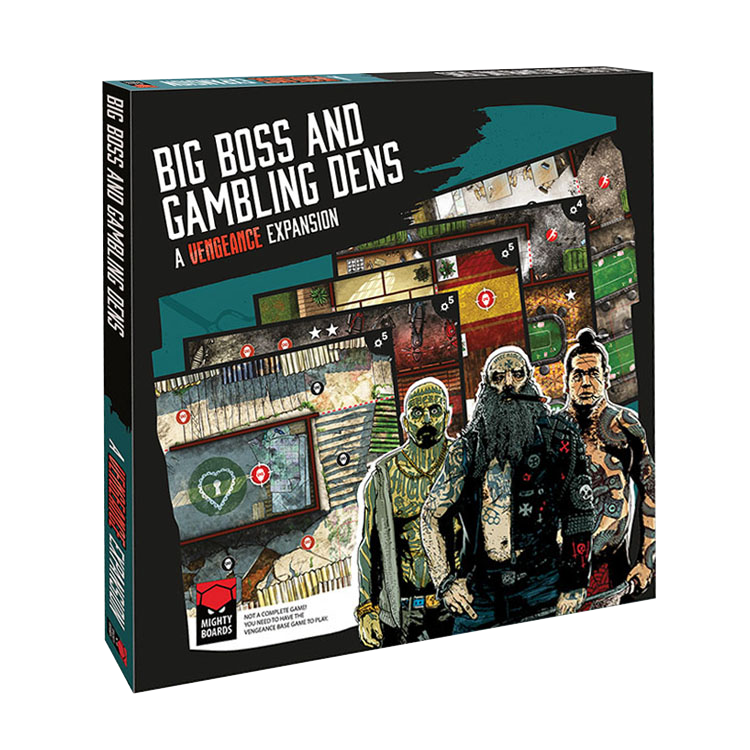 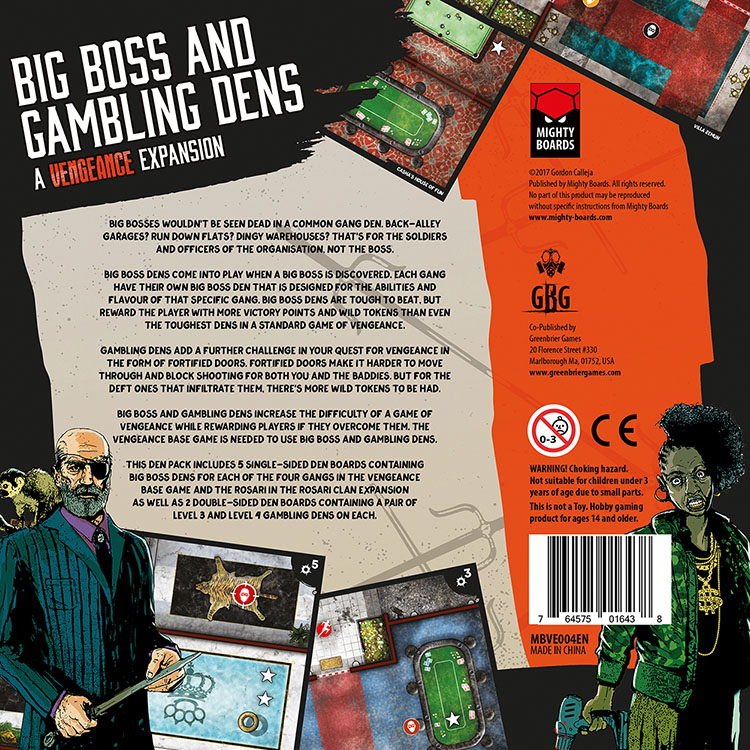 Vengeance is a competitive game for 1 to 4 players containing over 81 beautifully sculpted miniatures. It's time to get revenge on the bosses who wronged you and strike down your vengeance upon them in action-packed fight sequences! This Den pack includes 5 single-sided den boards containing Big Boss Dens for each of the four gangs in the Vengeance base game and the Rosari in the Rosari Clan Expansion as well as 2 double-sided den boards containing a pair of level 3 and level 4 Gambing Dens on each.

Big Boss dens come into play when a Big Boss is discovered. They are tough to beat, but reward the player with more victory points and wild tokens than even the toughest dens in a standard game of Vengeance.

Gambling Dens add a further challenge in your quest for vengeance in the form of fortified doors. Fortified doors make it harder to move through and block shooting for both you and the baddies. But for the deft ones that infiltrate them, there's more wild tokens to be had. Both Dens increase the difficulty of a game of Vengeance. 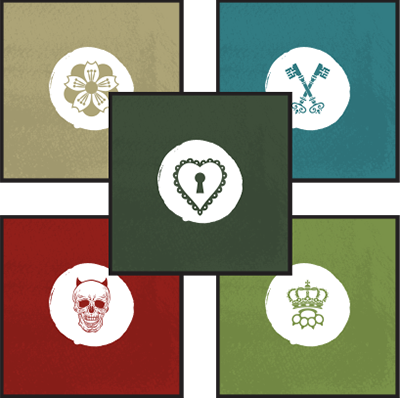