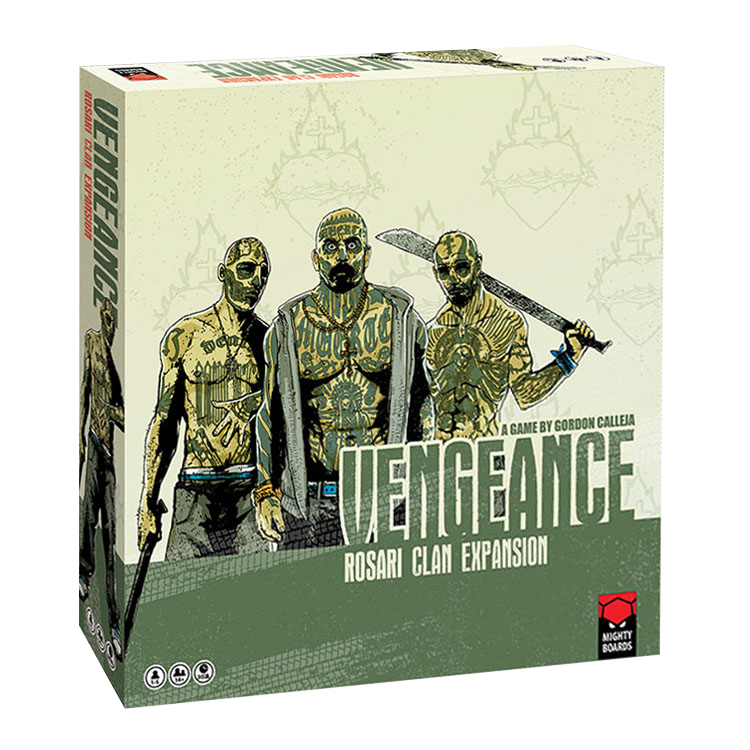 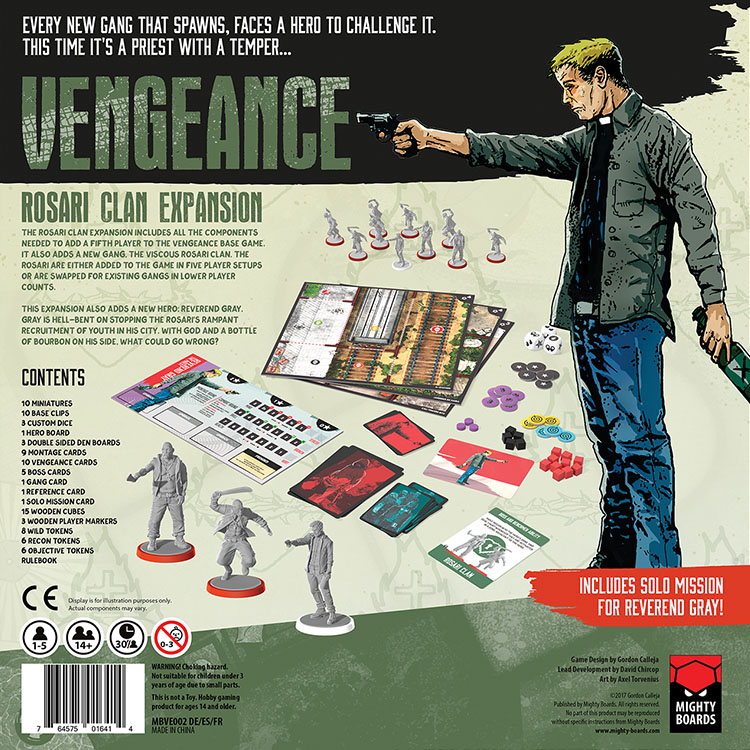 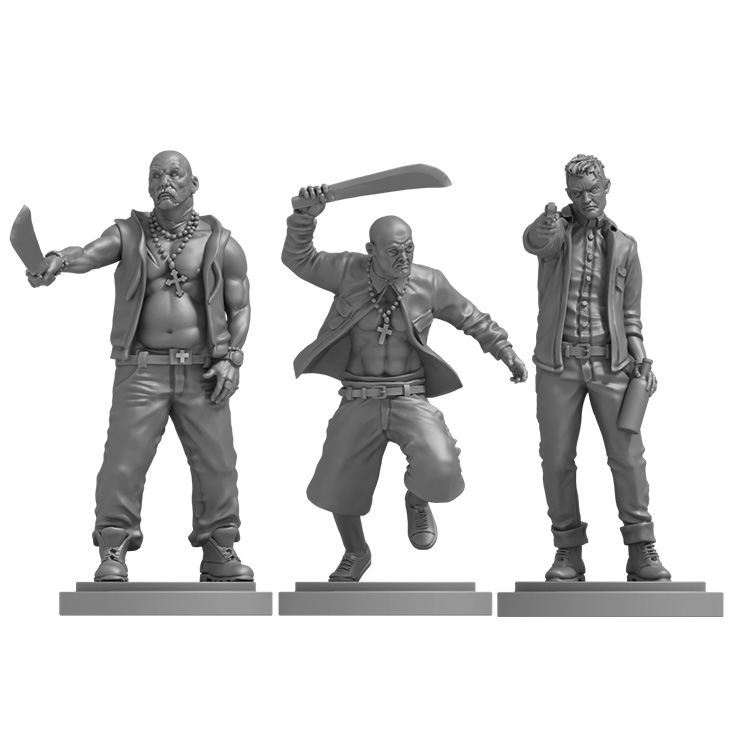 Vengeance: Rosari Clan Expansion includes all the components needed to add a fifth player to the Vengeance base game. It also adds a new gang, the viscous Rosari Clan. The Rosari are either added to the game in five player setups or are swapped for existing gangs in lower player counts. The expansion also adds a new hero, Reverend Gray, a priest with a temper. Gray is hell-bent on stopping the Rosari's rampant recruitment of youth in his city. With God and a bottle of bourbon on his side, what else could go wrong?

Director's Cut puts you in the shoes of a revenge movie director. The expansion adds 10 miniatures, 3 custom dice, 1 hero board, 3 double sided den boards, 10 vengeance cards and a whole bunch of tokens, cubes and cards to the Vengeance base game. 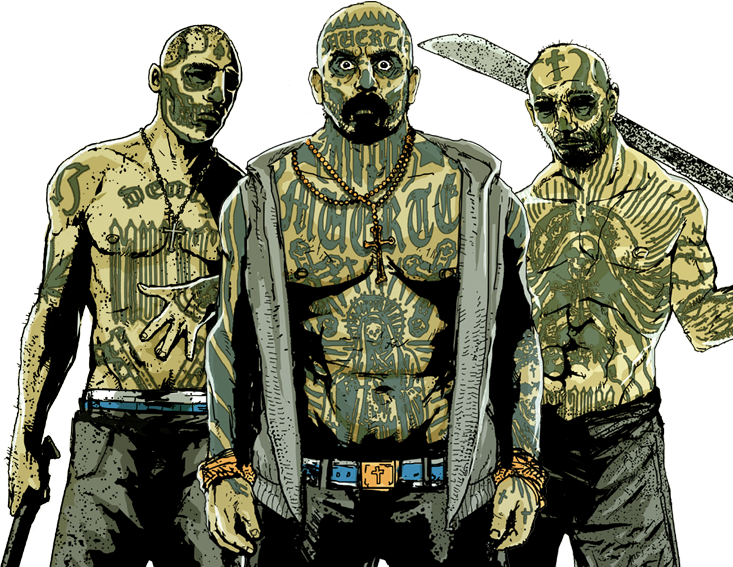