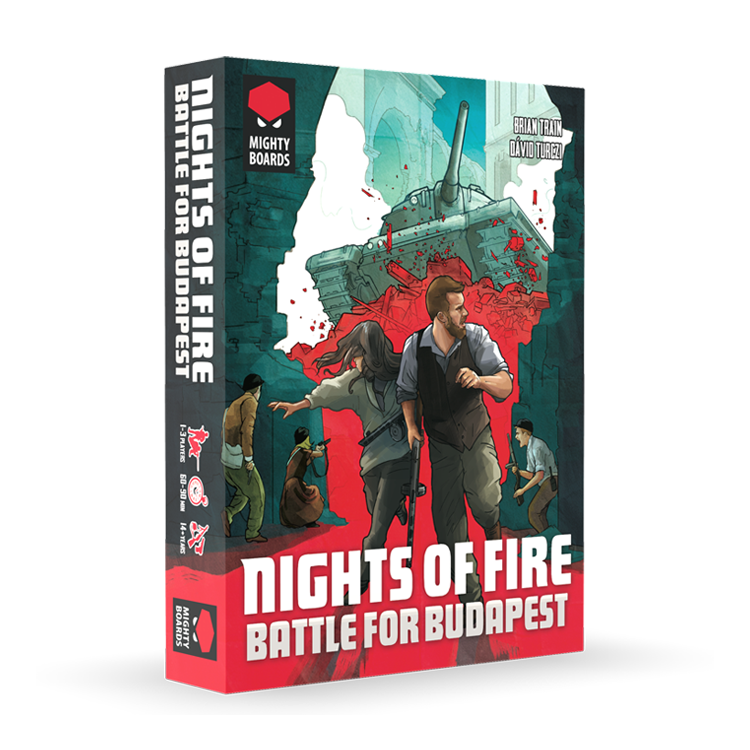 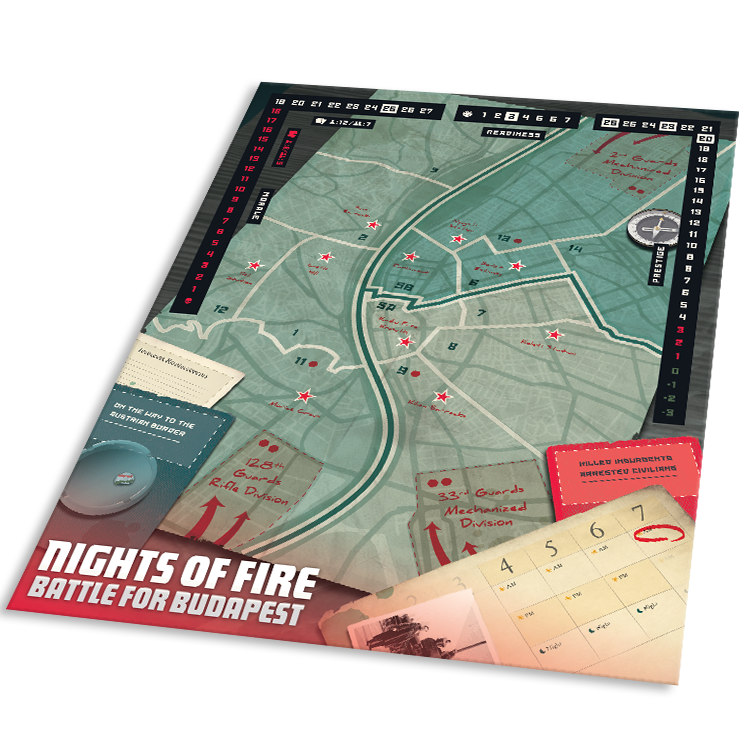 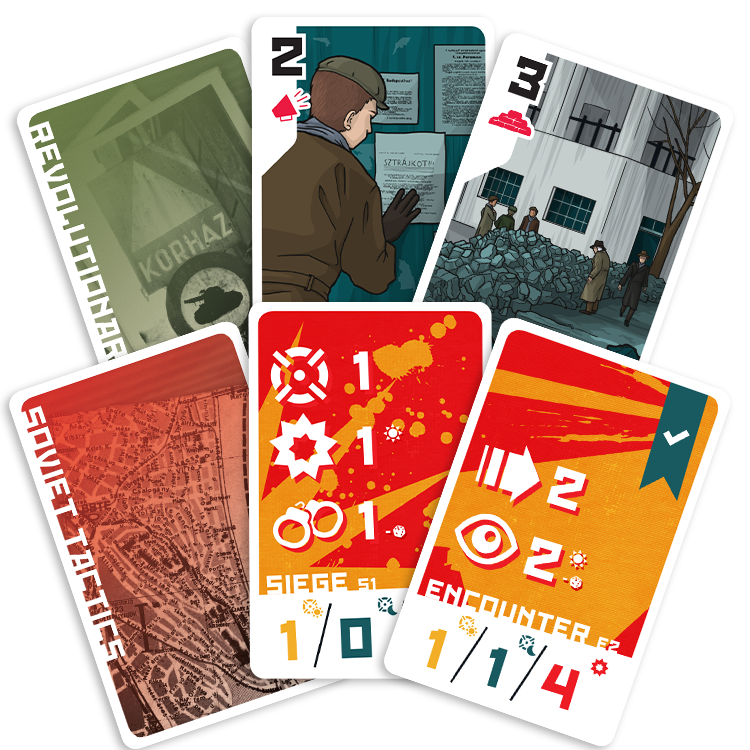 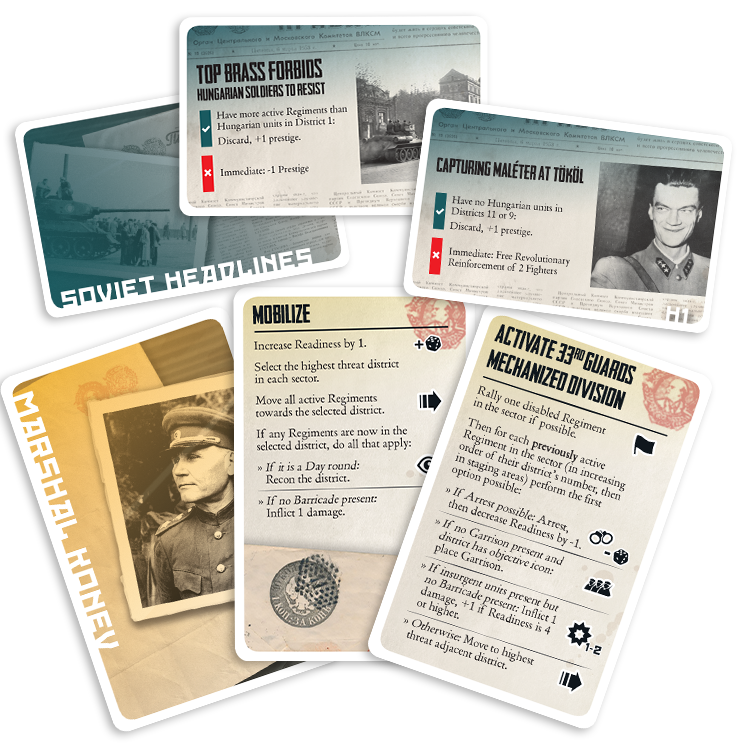 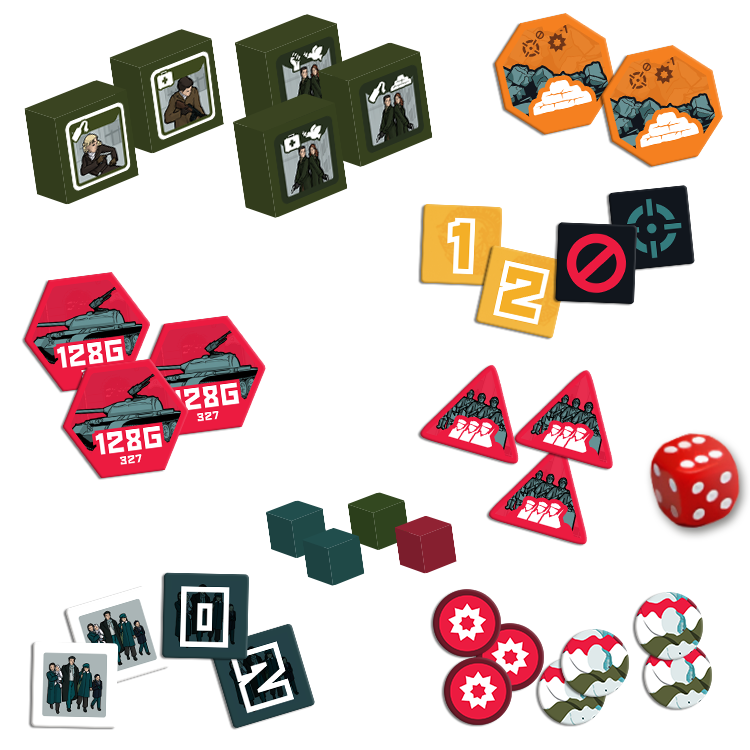 After the successful uprising of 23rd October 1956, freedom and peace seemed at hand. But the hard earned victory was not to last: On November 3rd 1956 the Soviets arrest the Hungarian delegation negotiating for the country’s sovereignty and order their troops to push towards Budapest. During the early hours of the next morning the city wakes up to sounds of tank and artillery fire. The Soviet counter-attack, codenamed Operation Whirlwind has begun.

Nights of Fire can be played solo, cooperatively by 2 players, or by 1-2 players against a live opponent in charge of the Soviet troops.

Relive the desperate fight of the few thousand lightly armed insurgents as they face the Red Army commanded by Marshal Konev in this historically inspired card-driven board game playable by 1-3 players. 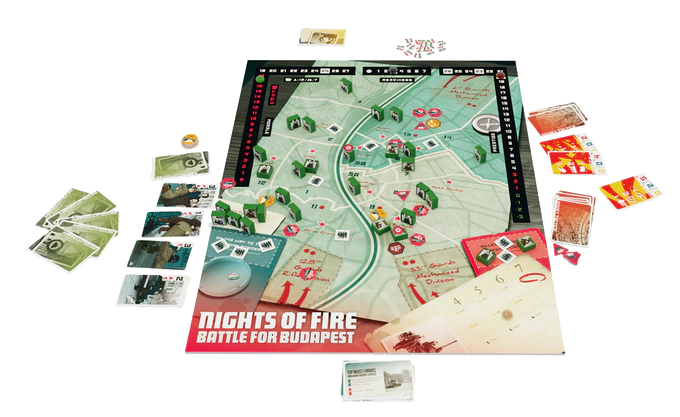