The second expansion to Petrichor deepens the game: bringing a new action,
a new resource (honey), four new tiles, and a giant bee to fly around!

Pollenate your apple trees, your blueberry bushes, or your watermelon, collect more honey than your opponents, and use the bee to sneak into tiles where nobody expected you to get to!

The Honeybee expansion is for 1-4 players (including full solo support), and if combined with the Flowers expansion it also supports 5 player mode. 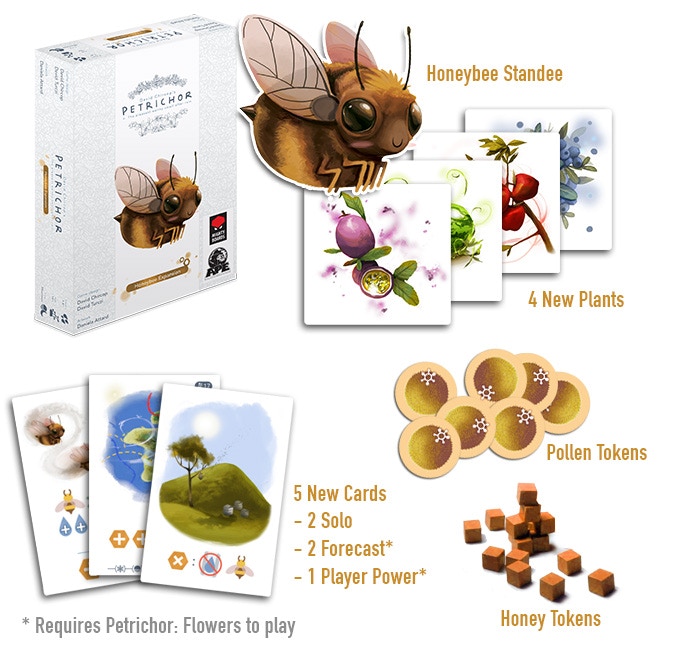 You're the breeze, you're the cloud, you're the sunshine touching the ground. You're the gleam in their eyes, when they cherish how the grass is green, and how the plants grow. You're the one making sure the water - and life - gets where it needs to go. If only you could stop the others from doing the same... As the rain clears, the humans sniff the air and gently smile. Knowing you've been there doing the good work. They call you... Petrichor.

Petrichor is a highly interactive board game, playable by 1-4 people (up to 5 with the expansion, see below). It's an action selection/area influence game, with 4 simple actions which interact with the various fields in ever surprising ways. The players move clouds with water droplets, and then rain those droplets onto specific fields, to make sure they have the right amount of water for the Harvest. During a Harvest, crops that have been watered enough are scored! Players are able to influence when, and how often the harvest happens. Players need to strike a fine balance between maintaining control of the different fields as well as influencing Harvest, to make sure the two come together in the optimal time.

Our playtesters said it is "like Dominant Species in a fifth of the time"; the game's tightly interlocked and thematic mechanisms provide excitement, lots of interaction, and field-watering fun!

Designed by David Chircop, the designer of ...and then we held hands and Pursuit of Happiness, with additional development and a challenging, full solo mode added by David Turczi ([redacted], Anachrony, Days of Ire: Budapest 1956), and published by the team that brought you titles such as Vengeance and Posthuman.

Petrichor: Flowers is an expansion that emerged naturally during playtest and development. It includes 3 new field types - the titular flowers, and enough components to play the game with 5 players. 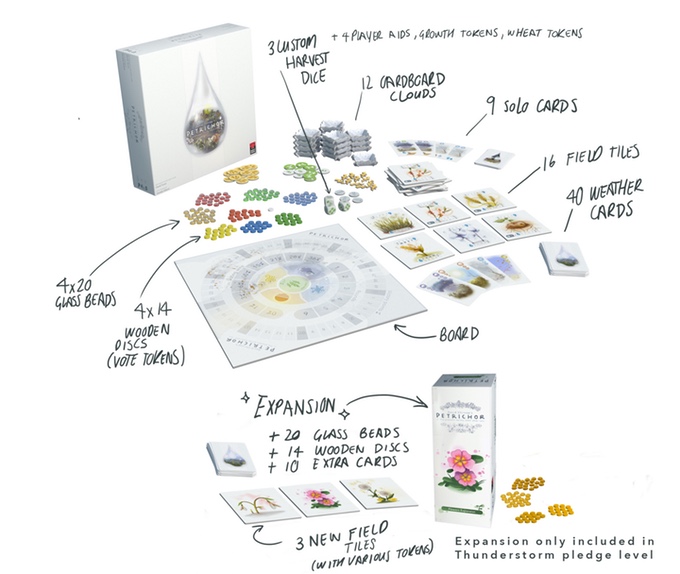 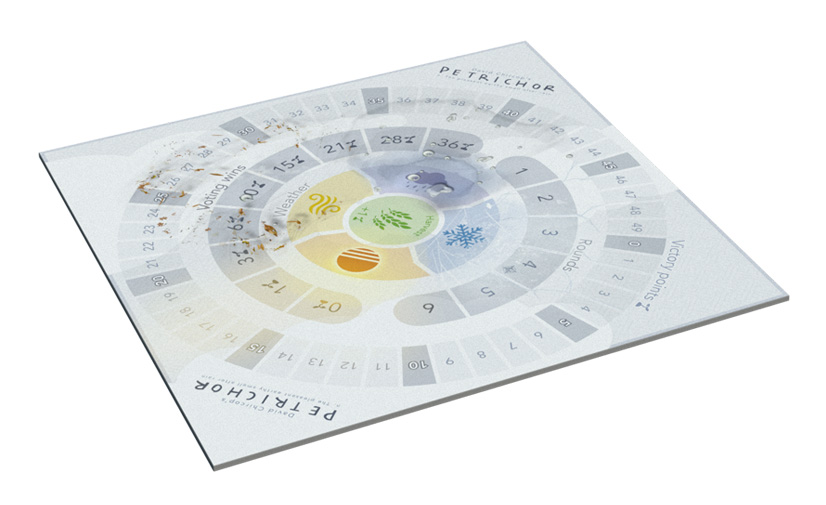 There are 4 actions in Petrichor

With Frost you make new clouds

With Sun you add more water

With Wind you move clouds around

And Rain the water onto crops
Petrichor
Petrichor Replacement Form 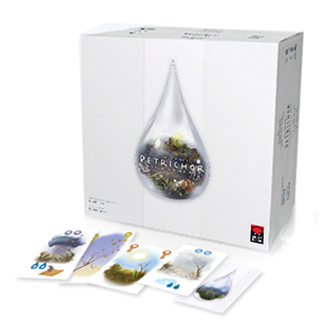