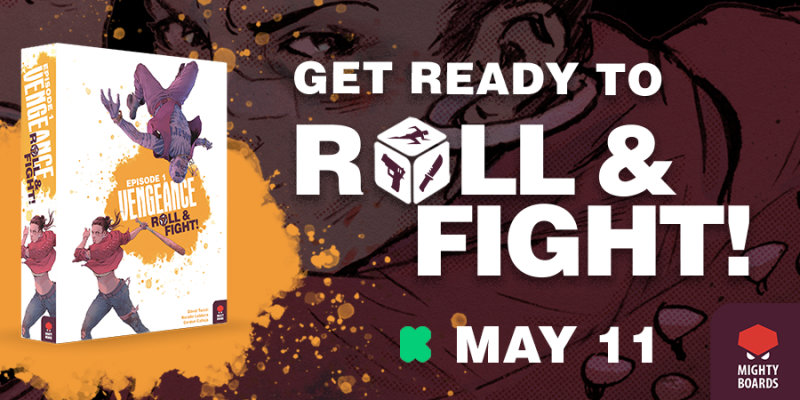 Mighty Boards is proud to announce the first real-time, roll-and-write game, where the frantic action around the table mimics the kick-arse fighting action in the game-world: Vengeance: Roll & Fight!

Set in the world of Vengeance and designed by Dávid Turczi, Noralie Lubbers and Gordon Calleja, Vengeance: Roll & Fight is a stand-alone game that transforms the fast-paced dice puzzles of the original Vengeance into roll-and-write mechanics where you’re building combos, striking off enemies and scoring points for an action-packed, brain-teasing fighting game that’s easy to learn and hard to master.

Players will pick one of the game’s iconic characters and lead them through enemy filled dens. Each character comes with their own signature items and abilities, which they combine in creative ways to create devastating combinations. Players will go through familiar dens finding old enemies who wronged them, and exact their revenge in balletic fight scenes.

Each game lasts 4 rounds and takes around 30 minutes in total. Each round is divided into four phases: the montage phase, the rolling phase, the fighting phase, and the evaluation phase.

Vengeance: Roll & Fight comes in two boxes: Episode 1 and Episode 2. Both episodes are standalone games, however, each episode will feature different characters, different dens and different bosses to get through and having both will expand the player count from 4 to 8! The content of each box can be used with the other, creating endless possibilities and replayability.

The game will launch on Kickstarter May 11th. 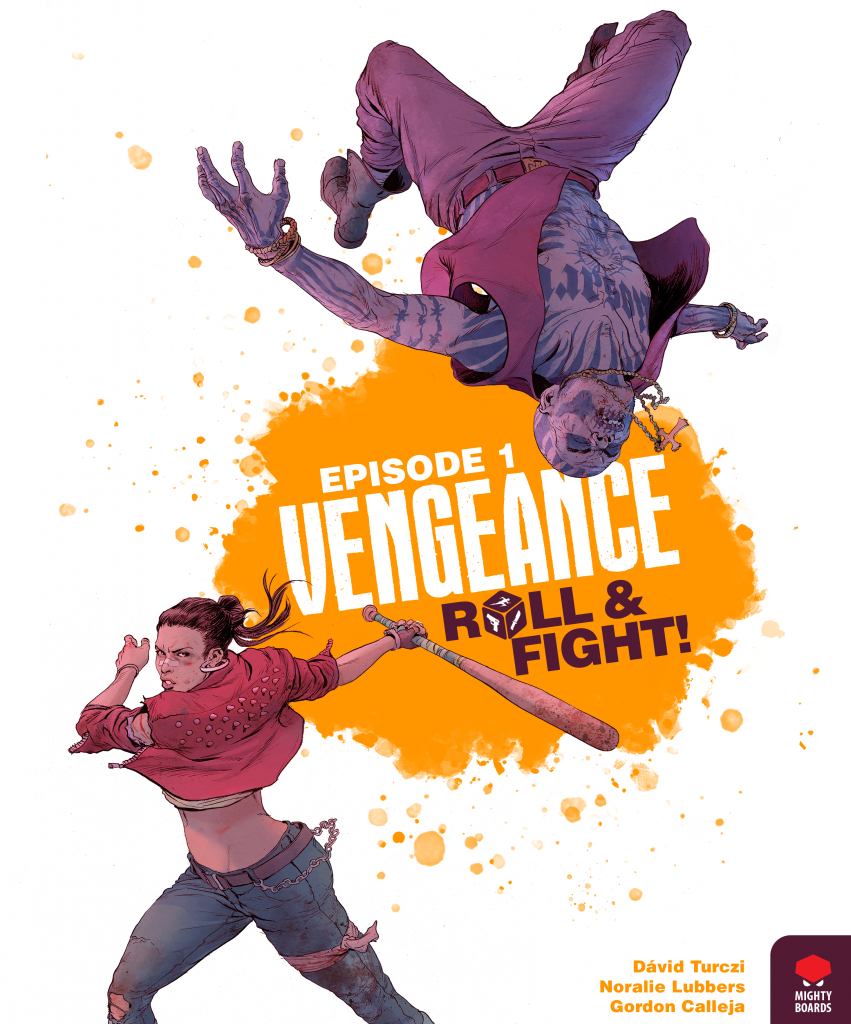 Mighty Boards is a table-top, board game developer and publisher based in Malta. We make beautifully crafted board games with innovative systems.