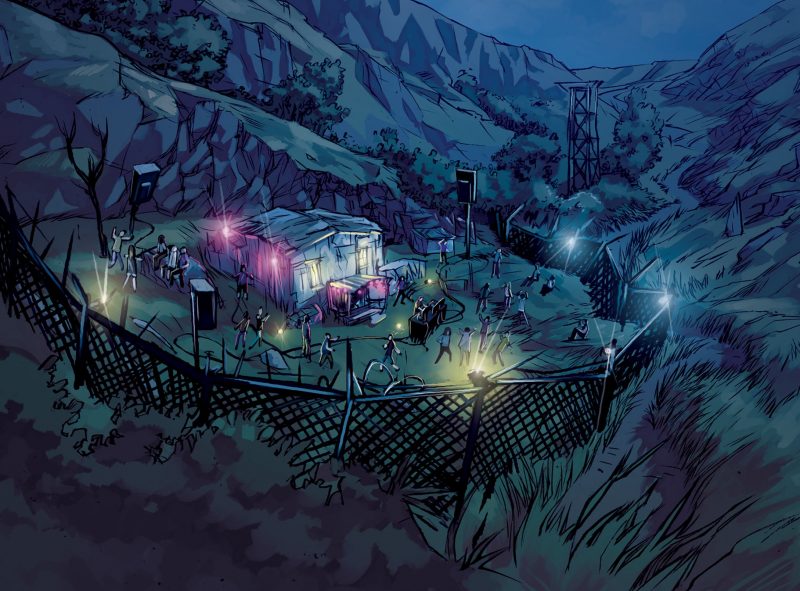 How many times have you heard – or even said – the phrase, “It’s just a game”? Perhaps a fellow player, someone you thought was your best friend, believes you shouldn’t be upset about his betraying you and robbing you of the victory that was within your grasp. Or your annoying friend keeps bringing up her glorious victory over you, even after a couple of weeks have passed.  Maybe a game that depicted historical events hit a bit too close to someone’s heritage.

Whenever we fall back on the idea that “it’s just a game,” we’re using a concept that has come to be known as the magic circle of play. The idea of the ‘magic circle’ isn’t a complicated one, at first glance. The first usage of the term in the context of play is often attributed to the Dutch scholar Johan Huizinga, in his 1938 book Homo Ludens. The book itself is a fascinating, wide-ranging and influential – if occasionally eccentric – study on the importance of play in human culture. Its argument that play is at the core of many of the pursuits of human civilization – from art to law, war and religion – is obviously appealing to those of us who are personally invested in games and gaming.

Huizinga’s understanding of play is based on the idea that, in play, we step into an ‘other reality’ that stands apart from the ‘seriousness’ of everyday life. Play, Huizinga tells us, usually has fixed borders – we step onto a clearly demarcated field to play a sport, for example, and the moments a game begins and ends are also usually beyond dispute. These borders of play contain a different reality, in which things have meanings that don’t exist in the outside world.

Some decades later – in theirt 2003 book Rules of Play – Katie Salen and Eric Zimmerman take this suggestion and develop the idea of the magic circle in the form it has become popularized. “To play a game means entering a magic circle” – it means leaving the concerns, responsibilities and meanings of our ‘real’ life behind and taking on a new set of concerns, responsibilities and meanings that only come to exist through the magic of the game.

The idea of the magic circle wouldn’t have caught on if it didn’t speak to something deeply true about our experience of games. When we sit down around a table, lay all the pieces out on the board and begin to play, we do get the sense of a new world being conjured up in front of our eyes. While we’re engaged with the game, we do care deeply, even passionately, about achieving our goals, scoring the most points, winning, or completing our adventure. Conversely, once the game is over, these things are no longer important to us. The pieces – whose position on the board was of such crucial importance just minutes earlier – are casually gathered up and thrown back into the box. The characters we were playing dissipate into thin air. The victories we’ve won leave us no richer.  And the change can happen in a moment. Tensions might be high as you’re about to make a decisive move that could turn the tide of the game – but if you get a phone call about an emergency involving a family member, you very quickly lose interest in pursuing your strategies and winning the game. The magic circle has been broken.

And yet, this concept shouldn’t be misunderstood to mean that there is no relation between games and the rest of our lives – that our ‘real’ lives have no effect on our engagement with games, and that playing games has no impact on the rest of our lives. Put like that, the idea is absurd – after all, if it were the case, why would anyone play games? For many of us, playing games is a big, and meaningful, part of our lives. To suggest that they are isolated behind a magic circle – cut off from all the other practices, habits, interests, emotions and thoughts making up our lives – is a distortion that downplays the richness of meaning that games can come to have for us, as games researchers have pointed out.

On the one hand, we bring ourselves – our troubles, our desires, our character, our memories, our mood on a particular day, how we feel about the people around us at the table – into a game. All of these can be transformed in the context of the game, but they don’t go away. They shape who we are as players, how we approach a gaming session, and what we feel while we’re playing.

On a personal level, say, one might play very differently if they are playing against a lifelong friend, a young niece they’re trying to get into the board game hobby, or a new crush they’re trying to be nice to. The game can become a context in which these relationships play out and take new forms, as they are made to fit the requirements of cooperation or competition that a game makes of us as players, but they don’t get left behind when we step into the magic circle.

On a more cultural level, a board game can be used as a means to express one’s cultural heritage, to convey historical memory, or to explore difficult ideas right out of the headlines. Wherever you stand on the issue, the controversy surrounding Secret Hitler is proof enough that it’s not always so easy or trivial to draw a boundary around a game and its meaning, especially when it’s touching upon such sensitive ideas.

On the other hand – in the opposite direction – we take our gameplay experiences back into the other scenes of our life. The stories and images a game conjures up, the feelings of triumph, joy, camaraderie, enmity and failure that they leave us with become a part of us, for better or for worse, even when we’ve put the box away.

It’s too simple to say that games can ‘transform’ us, but, after all, if games didn’t mean anything to us – if they had no impact on our lives – we wouldn’t be drawn to them in the way we are. These other realities might be ‘just a game,’ but, in the messiness of the emotions they leave us with, in the beauty and horror of the images they bring to life, in the relationships they foster, in the ideas they put in our minds, they are inescapably woven into the fabric of our lives.