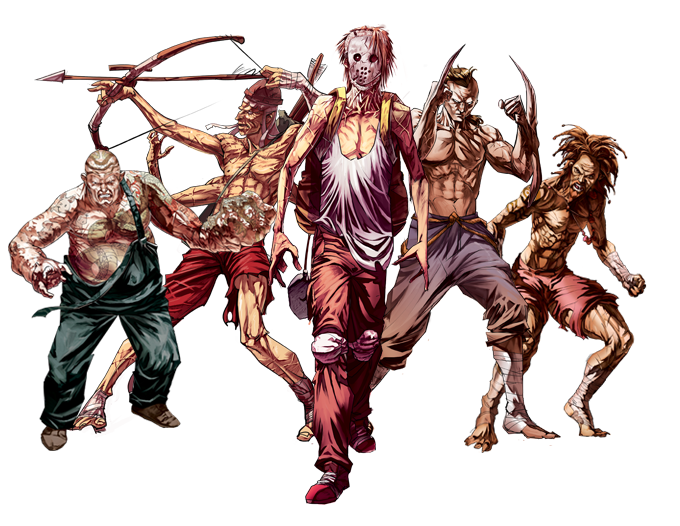 This is the second in a series of designer diaries in which I talk about the challenges of narrative design for board games.

Just about every academic definition of what narrative is understands it as a story – a sequence of events in which a story-world of characters and other existents undergoes changes – conveyed through discourse (text, images, sound, music, and so on).

What makes writing narrative for games so difficult – but also what makes it so excitingly different – is that the player throws a spanner into the works of the fixed sequence of events that we recognize as a ‘story’. Games are about action, about allowing the player to do things – and about rubbing his or her face in the consequences of what they choose to do. As such, they cannot be about a single, fixed sequence of events, but about giving the player a world in which he or she has some say on how things go.

What this means for narrative design is that you aren’t exactly writing a story – at least, not one single story. Instead, you’re mapping out a possibility space, across which the player’s choices and actions can trace out a potentially vast range of different chains of events – and so, different stories. In theory, ten players could come out of the same scene in a game with ten different stories.

This doesn’t mean relinquishing authorial control: after all, you’re still deciding what choices are available to the player at any given point, and what the consequences of those choices will be. In essence, as a narrative designer, what you’re often doing is mapping out a branching structure of story possibilities, with nodes where player choice or game-systemic factors determine which of a number of possible event-sequences gets to be actualized, all the way from a single starting-point to any number of possible end-points. 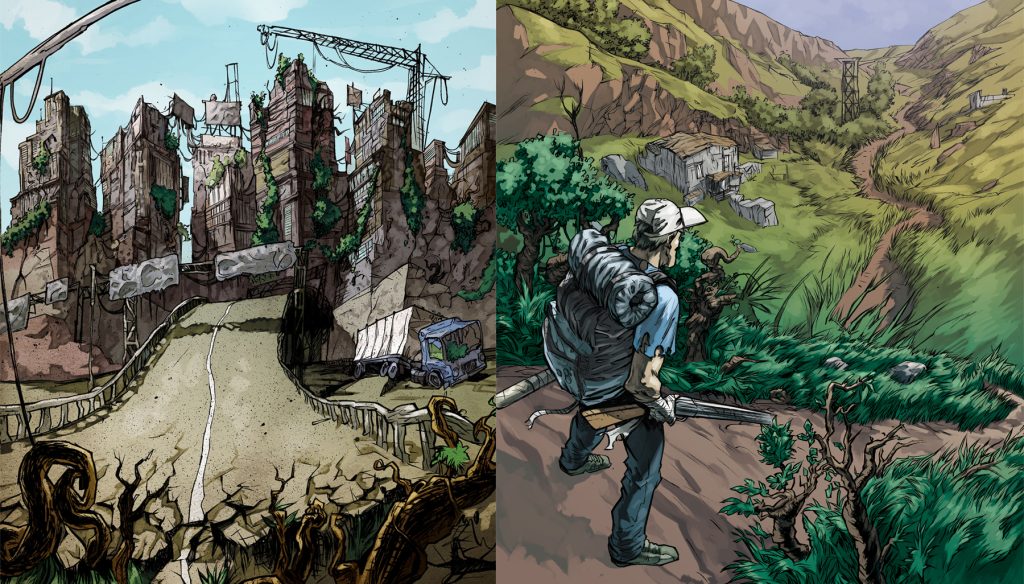 The narrative encounters in Posthuman Saga branch for all kinds of reasons. In some cases, the player is presented with a choice that can send a story down one of two or three different tracks. A mutant raises his hands to show you he means no harm, and warns you not to go down the road you’re on – do you heed his warning, or press on?

In other cases, the narrative encounter will follow different branches based on the state of a number of different variables in the game system. Some encounters will play out differently, for example, depending on whether or not the player-character has contracted a visible mutation during the course of his or her journey. A band of mutant slavers might ask for your assistance in rounding humans up for the slave camps, or they might see you as a potential slave yourself. A shotgun-toting mother on the porch of a homestead, deep in the wilds beyond the Perimeter of human outposts, will react to you either as a mutant threat or as a fellow human.

Finally, almost every narrative encounter will have different conclusion based on the outcome of a challenge the player is set. These challenges take the form of a stat test based on one of the player-character’s skills, and all of them give the player quite a bit of agency in terms of how far they want to push their luck in striving for the most desirable outcome. A congregation of fanatical cultists corner you in an abandoned church and involve you in a heated theological debate about the religious implications of mutants – whether or not you manage to talk your way out of it will depend on the result of a Mind challenge. Some time later, you set off an intricate system of traps rigged up along a forest path – here, a Speed challenge will determine whether you make it out with your skin.

Through a combination of choices and challenge outcomes, the more complex narrative encounters have as many as seven or eight possible endings.   On a very concrete, practical level, for every branch you design, you need to write two (or more) stories rather than one – not all of which the player might ever see. He or she might draw a particular encounter only once, and get to experience only one of the four beautiful story-paths you’ve scripted for that encounter.

Part of the challenge of writing for games – board or otherwise – is making peace with that knowledge that, by design, most player will only read a fraction of what you write. And yet, in terms of the experience that great narrative design grants the player, this is also crucial: even if the player never reads the branches he or she doesn’t choose, the awareness of those paths not taken will linger. The player will always know that they could have done things differently, and that a whole, dimly-glimpsed world of possibilities surrounds their story – enticing him or her to return to play again and again, and set a new story in motion.